Etude for body and control. 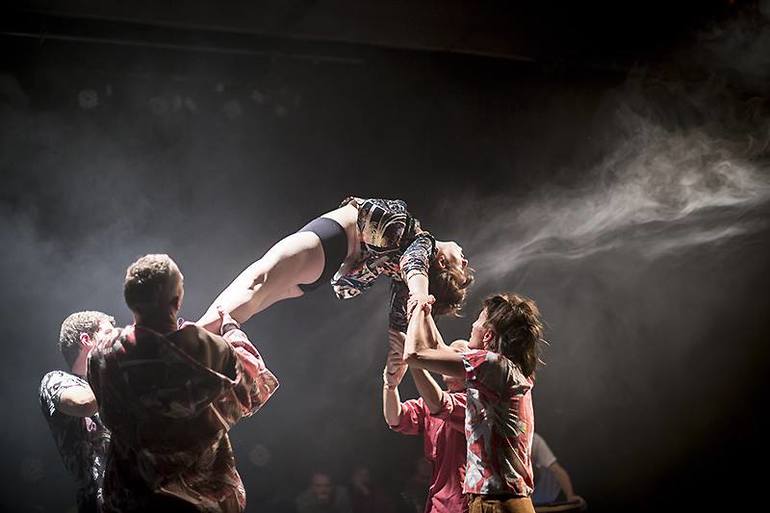 The nexus of “An Etude for Body & Control” began with a deep interest in the relationship between the body/soul and the ‘mind’. When the concept of ‘mind’ relates both to the physical organ itself and the culturally shaped ontological space humans share (language, history etc).
In order to investigate these delicate relations we have delved into the way these relations change when theres a radical and artificial change in values and principles of “world-view”.


We became interested in the act of “BrainWash” because it related directly to common social practices (punishment vs reward, obligations vs rights etc) but furthermore because that the concept of “BrainWash” entailed a paranoid space in which the individual is perceived as mutable.


The ‘mind’ can be pulled apart and reassembled, or if simply put: any human being can be the executer of any ideology under the right manipulation and/or conditioning.


The development of our research along with the musicians Yaniv Schonfeld & Avigail Immanuel gave birth to the possibility of generating sonar developments during the dance. This allowed us to work with more dimensions of aesthetic sensuality that might create actual psychological affect (long frequencies with no beat disturbance might give the audience the feeling that time is ‘slowing’ for instance).


This sonar manipulation along with quotations and musical compositions allow the creation of a sense of ’Meta Awareness’ that commends the individuals in it without making them loose their identities (while enabling a physical experience felt both by the performers and the audience) and is simultaneously sonic, physical and mental.
​
Dancers: Moran Yitzhaky Abergel, kim Teitelbaum, Hila Gluskinos, Nitay Juran and Yoav Admoni
​
Musicians: Yaniv Schonfeld, Avigail Immanuel 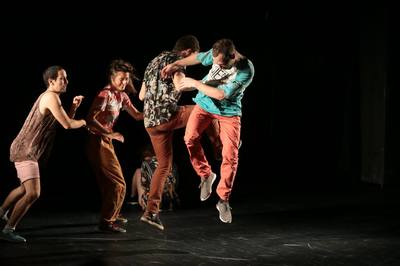 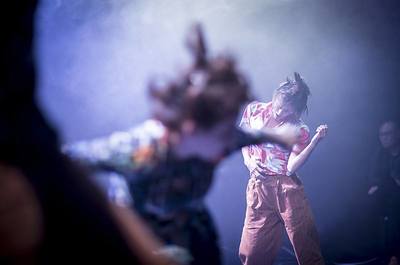 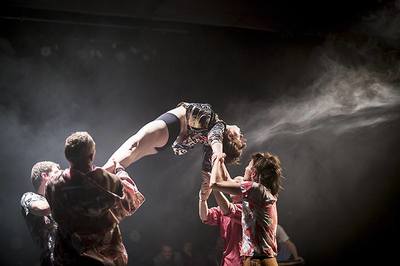